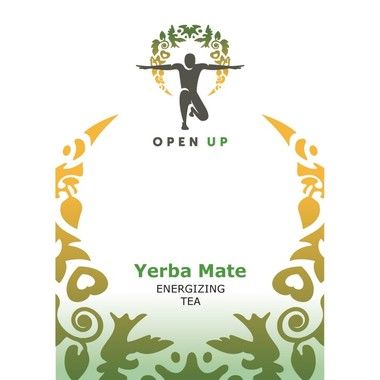 Yerba mate is a tree that originates from South America. The leaves of the Ilex paraguaensis contain a natural form of caffeine (mateine). It’s used for its energizing and antioxidantic properties, usually as a tea or cold beverage.

Yerba mate has been claimed to have various effects on human health and these may improve allergy symptoms and reduce the risk of diabetes mellitus and high blood sugar. These effects have been attributed to the high quantity of polyphenols found in mate tea. Yerba mate also contains compounds that act as an appetite suppressant and possible weight loss tool, increases mental energy and focus, improves mood, and promotes deeper sleep; however, sleep may only be affected in people who are sensitive to caffeine.

Everything you need to know about Yerba Mate!

Yerba mate is an energizing drink. In Argentina and Paraguay this is the national drink. It is made from the leaves of Ilex paraguayensis, a tree from South America. The leaves of this tree contain a lot of caffeine (up to 2%) and various vitamins. Just like coffee and tea are generally drunk here, mate is a very popular drink. It has a typical aroma, characteristic of yerba mate.

Traditional recipe
In the traditional way, yerba mate is prepared according to a ceremonial ritual in South America. A special cup and straw are then used to filter the drink. Often this is made of silver and with many decorations. The leaves are dried and shredded and then poured with boiling water for several minutes.

Mental focus
The drink offers mental focus and clarity. Often one feels a mental energy and one comes into a state in which everything can be remembered better and can concentrate longer. This, however, without physical restlessness, which often occurs after drinking strong coffee. The effects of yerba mate persist for a long time and are used for studying, calculations and other cerebral activity in which the right focus is important.

Pre-Columbian
Yerba mate was already used in pre-Columbian times in Paraguay, before the Spaniards arrived in early 1500. In the early 16th century, Spanish explorer Juan de Solís reported that the Guarani Indians in Paraguay made a tea from leaves that ‘relieved them of fatigue and gave them happiness and energy’. Another name for yerba mate was Paraguay Tea. In the Andes, yerba mate soon became a popular drink that was drunk in a social setting.

Usage
Add hot water to 1/4 cup of powder for tea.